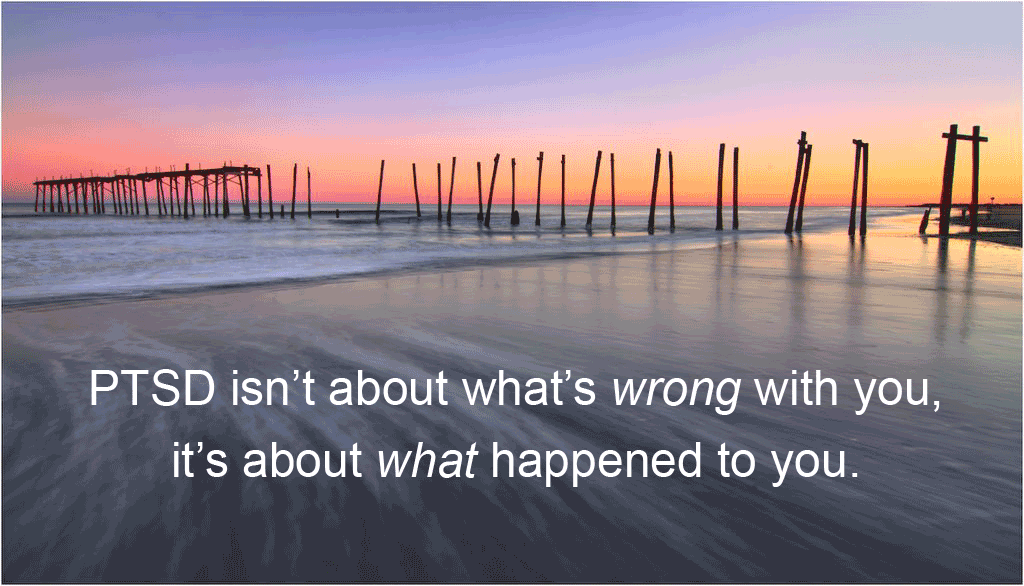 Did you realize you don’t need to be in battle to suffer PTSD?
Did you know that some people experience trauma and exhibit little to no effect from it?
Did you realize that there is help for you if you suffer from PTSD?

PTSD is an anxiety disorder resulting from exposure to a single, or multiple, traumatic event(s), such as sexual, physical and/or emotional assault or abuse, a natural or man-made disaster, or war-related combat stress. Symptoms of PTSD may include persistent intrusive thoughts and distressing dreams about the traumatic event, triggered emotional responses to reminders of the trauma, efforts to avoid thinking or talking about the trauma, and persistent hypervigilance for cues that indicate additional danger or trauma may recur.

Often times there are overwhelming feelings of guilt and shame that ‘piggyback’ onto the stress and anxiety of trauma. Feelings that one could have been able to prevent the trauma from occurring in the first place. An example of this would be ‘survivors remorse’, feelings of guilt following the experience of a loved one committing suicide. A child that grows up not wanting to have a family because the ‘carried guilt’ and shame from his family of origin is so painful he doesn’t wish to perpetrate that pain on a new generation. Or, the simple long-term hypervigilence that may occur from being suddenly startled as a child!

PTSD does not necessarily need to be caused by some major catastrophe but may, in fact, be caused by seemingly simple events that occur in our early years or family of origin. However, the long term impact and self created behaviors we construct to protect ourselves from further trauma can be far more damaging than the initial event was in the first place.

Trauma, and its after effects, can be debilitating and paralyzing but there is an avenue for relief. While there are many treatments promoted for the relief of PTSD we have found that one of the most effective is the combining of Cognitive Behavioral Therapy (CBT) with hypnosis.

If you have questions about trauma and its effects or believe that you, or a loved one, may have been traumatized or are experiencing the effects of trauma, please contact us.