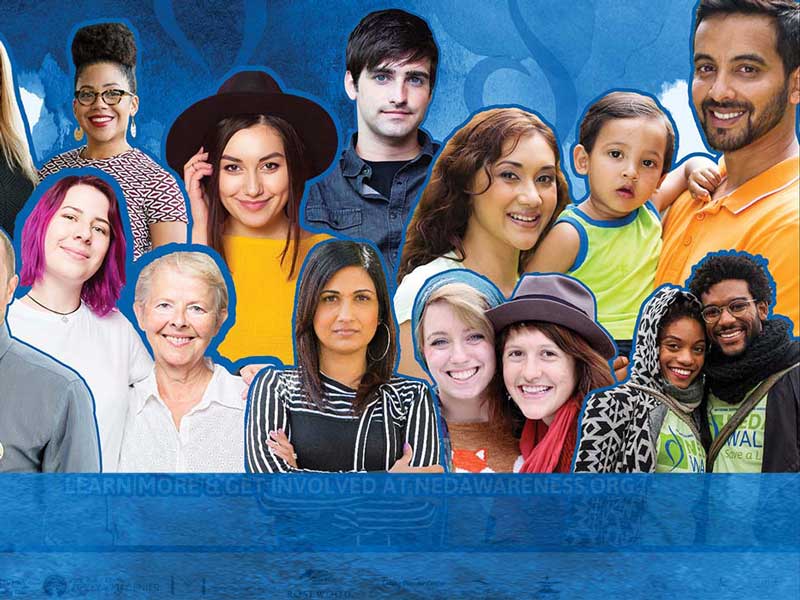 It is time that eating disorders are taken seriously as public health concerns. It’s time we bust the myths and get the facts. It’s time to celebrate recovery and the heroes who make it possible. It’s time to take action and fight for change. It’s time to shatter the stigma and increase access to care. It’s Time to Talk About It!

Eating disorders, such as bulimia, binge eating disorder, and anorexia, are serious illnesses that involve extreme emotions, attitudes, and behaviors surrounding food, exercise, and body image. Contrary to common stereotypes, eating disorders affect all kinds of people, regardless of gender, ethnicity, age, socioeconomic status, sexuality, or background. In fact, 30 million Americans will struggle with an eating disorder at some point in their lives.

But despite the staggering number of people affected and the reality that they have the highest mortality rate of any mental illness, eating disorders often live in the shadows and most people don’t get the help they deserve.

Think you or someone you care about may be struggling with an eating disorder? The video below outlines the basic warning signs and symptoms and will give you an idea of what to look out for.

According to NEDA, National Eating Disorders Association, the chance for recovery increases the earlier an eating disorder is detected. Therefore, it is important to be aware of some of the warning signs of an eating disorder.

If you have any concerns about yourself or a loved one, please seek additional medical help.

EMOTIONAL AND BEHAVIORAL SIGNS OF AN EATING DISORDER

In general, behaviors and attitudes indicate that weight loss, dieting, and control of food are becoming primary concerns

If you, or someone you know, is struggling with an eating disorder you may contact us at 888-261-2178 or via email at: help@barringtonbhw.com